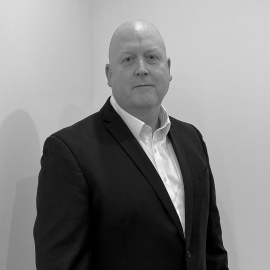 < Back to Meet the Team

Ian joined the company in July 1999 as an Engineering Resourcer, soon moving on to being one of the company’s longest standing Engineering Consultants. Throughout his time at Dutton Recruitment, Ian has built up his reputation in the Engineering sector, working with some of the leading names in the industry.

His current role as Engineering Manager sees him managing a team of consultants and resourcers specialising in supplying both temporary and permanent staff to industries such as:  general manufacturing, heavy engineering, power generation, petrochemical, renewables, new builds and turnkey projects throughout the UK and internationally.